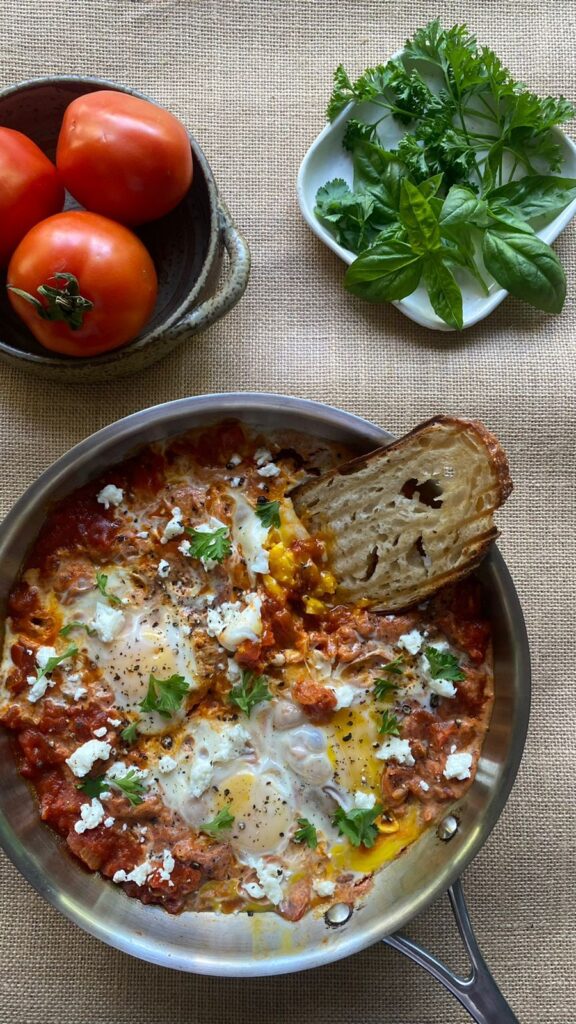 Shakshuka (pronounced Shahk-SHOO-kah!) is a classic North African and Middle Eastern dish that has gone on to become a vegetarian favorite across the globe due to its ease of making (+ taste, of course!)

It literally translates to “a mixture”, and the traditional version is a simple combination of simmering tomatoes, onions, garlic, spices, and gently poached eggs. It is nourishing, filling and full of flavour. You are most definitely going to keep coming back to this skillet-based recipe because it also comes together in almost no time.

There are two simple parts to this recipe:
– The thick, chunky tomato mixture with olive oil (also called shakshuka sauce) made of tomatoes, bell peppers, onions, and garlic +
– The eggs, which are nestled in the cooked mixture.

You can also try out a whole bunch of variations, starting with the Green Shakshuka (made with spinach) to Shakshuka with meat and so many more. Traditionally Shakshuka is served with warm pita bread. But you can savour it with naan, any other breads of your choice, or as is.

What’s more? It is also great for make-ahead as you can make a large batch of the sauce and just cook the eggs in it whenever you need a 15-minute quick meal any time of the day!

Let me know how you like this recipe when you try it and I’d love to see your versions, so don’t forget to tag me in those!
END_OF_DOCUMENT_TOKEN_TO_BE_REPLACED 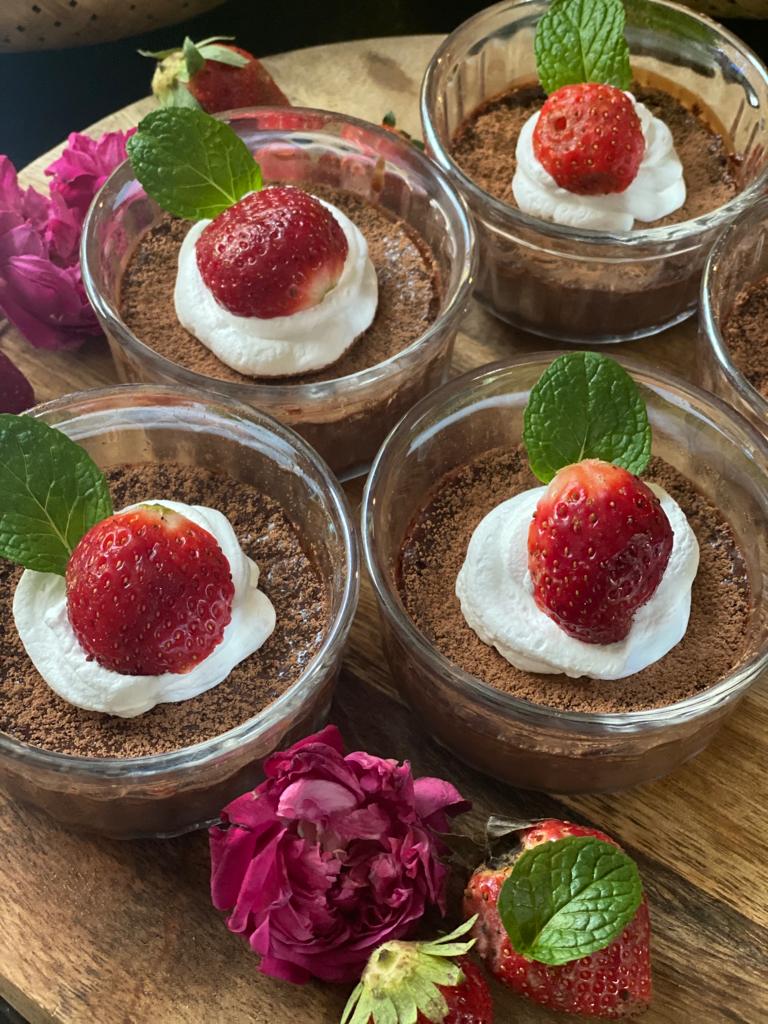 Presenting our fool proof and absolutely decadent-Chocolate Pudding – made with less than 6 ingredients all of which are easily accessible if you’re planning to whip this up last minute!

Things to be mindful about: ensure you’re using good quality chocolate – it plays a key role in the decadence of this dessert. Additionally, keep a close eye on the baking time; you want the centre to be slightly wobbly. And lastly, toppings are your playground – go crazy with more chocolate, whipped cream, berries, nuts – anything you (or the person you’re making this for) would like. 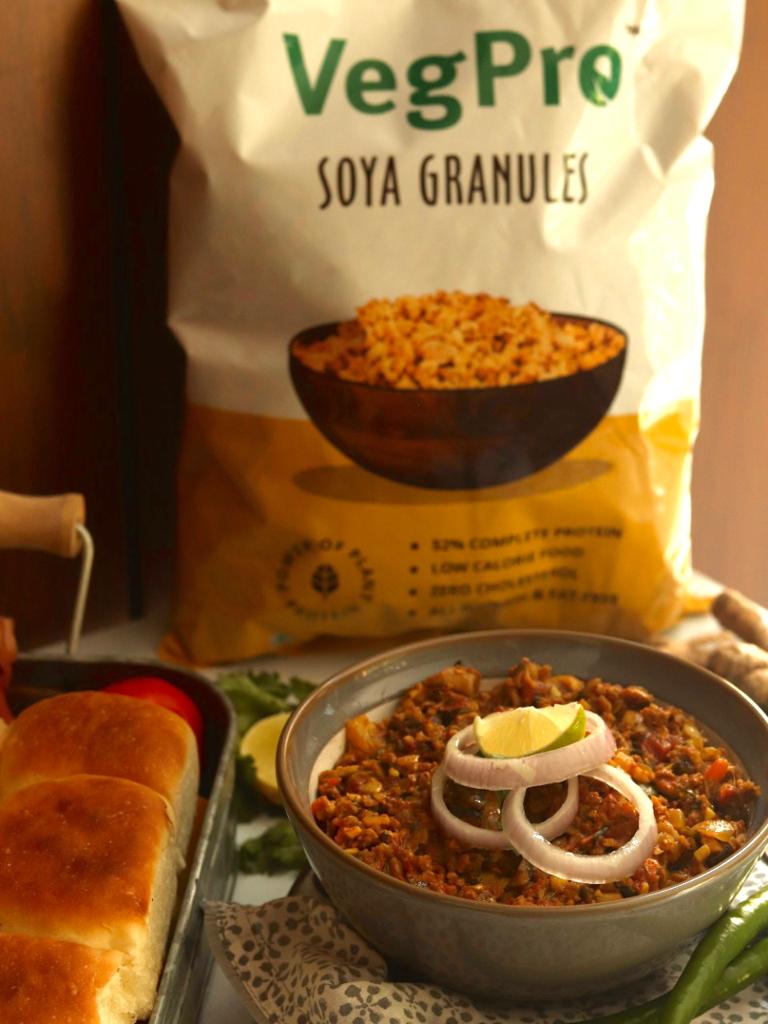 Looking for a quick and easy fix to calm those hunger pangs without compromising on taste & nutrition? My street style  Soya Mushroom Kheema is the answer!
This protein rich power house is great for vegetarians who may find it difficult to get enough protein during their day. The spices, taste & texture is reminiscent of the ones used to make the authentic (non-veg kheema pav ) you get on the bustling streets of Bombay. This recipe is made with Veg Pro Soya Granules.
END_OF_DOCUMENT_TOKEN_TO_BE_REPLACED 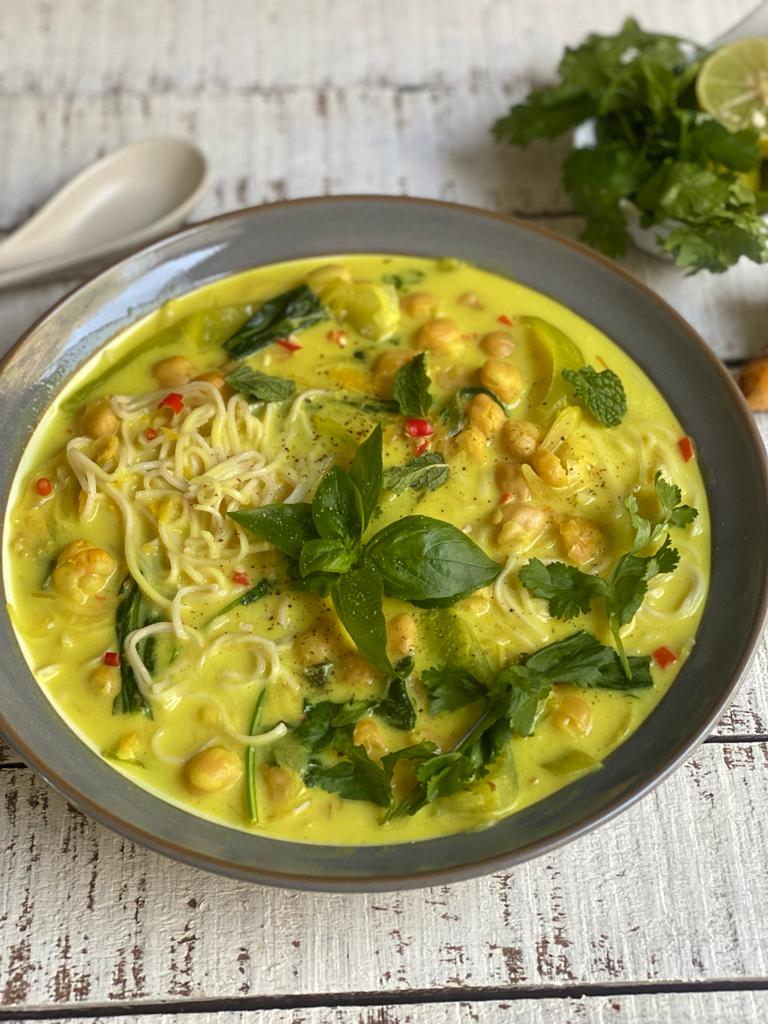 Just that perfect winter nourishment-in-a-bowl to ward off your pangs of indulgent guilt! Besides, who could have imagined that such a gorgeous looking, divine tasting immunity booster & anti-inflammatory could also double up as a deliciously perfect low calorie dinner option sending your palate for a frenzy!
In fact it will be completely in order to say that this is a totally feel-good stew loaded with a slew of great health boosters which include onions, ginger, garlic, turmeric, greens, chickpeas and ultimately flavoured with coconut milk.
It’s indeed that holistic gourmet experience and a must try for one and all… END_OF_DOCUMENT_TOKEN_TO_BE_REPLACED 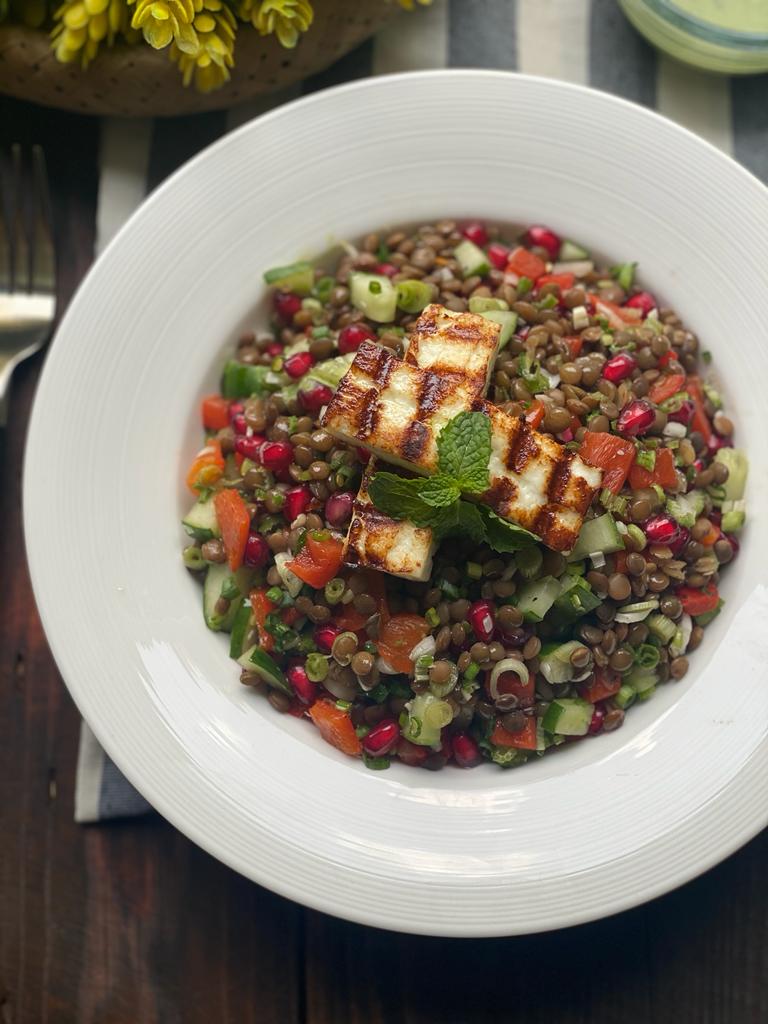 Puy Lentil Salad with Grilled Halloumi Steaks, complete wellness in a bowl is what I call this magical recipe! An ensemble of fresh ingredients, mostly straight from your kitchen and topped with a tangy and minty yogurt dressing, this is indeed a great comeback health food. Unlike its contemporaries, it’s a temperature controlled salad which is truly comforting to all your senses specially during these winter months and also doubles up a wholesome dinner option! Bon appetite friends!

Note: You can substitute halloumi with paneer. 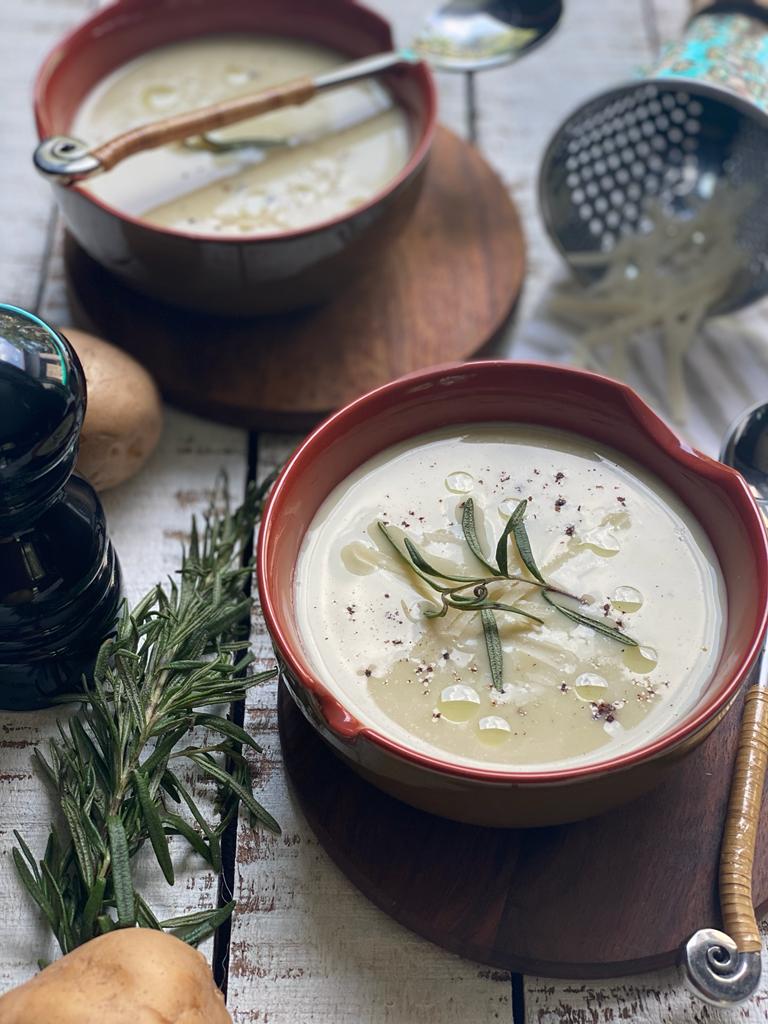 A warm and comforting deliciousness to soothe your palate during these gorgeous winter months!
Making this soup personally felt like choreographing a symphony. It’s the perfect timing, measures & coordination which gives it the rich, creamy & ephemeral experience. Even though originally a Welsh delicacy, this preparation feels very much at home & to top it, a light drizzle of truffle oil garnished with parmesan takes it to a totally different realm!!!
Bon Appetite will be amply in place for those giving it a try…

END_OF_DOCUMENT_TOKEN_TO_BE_REPLACED 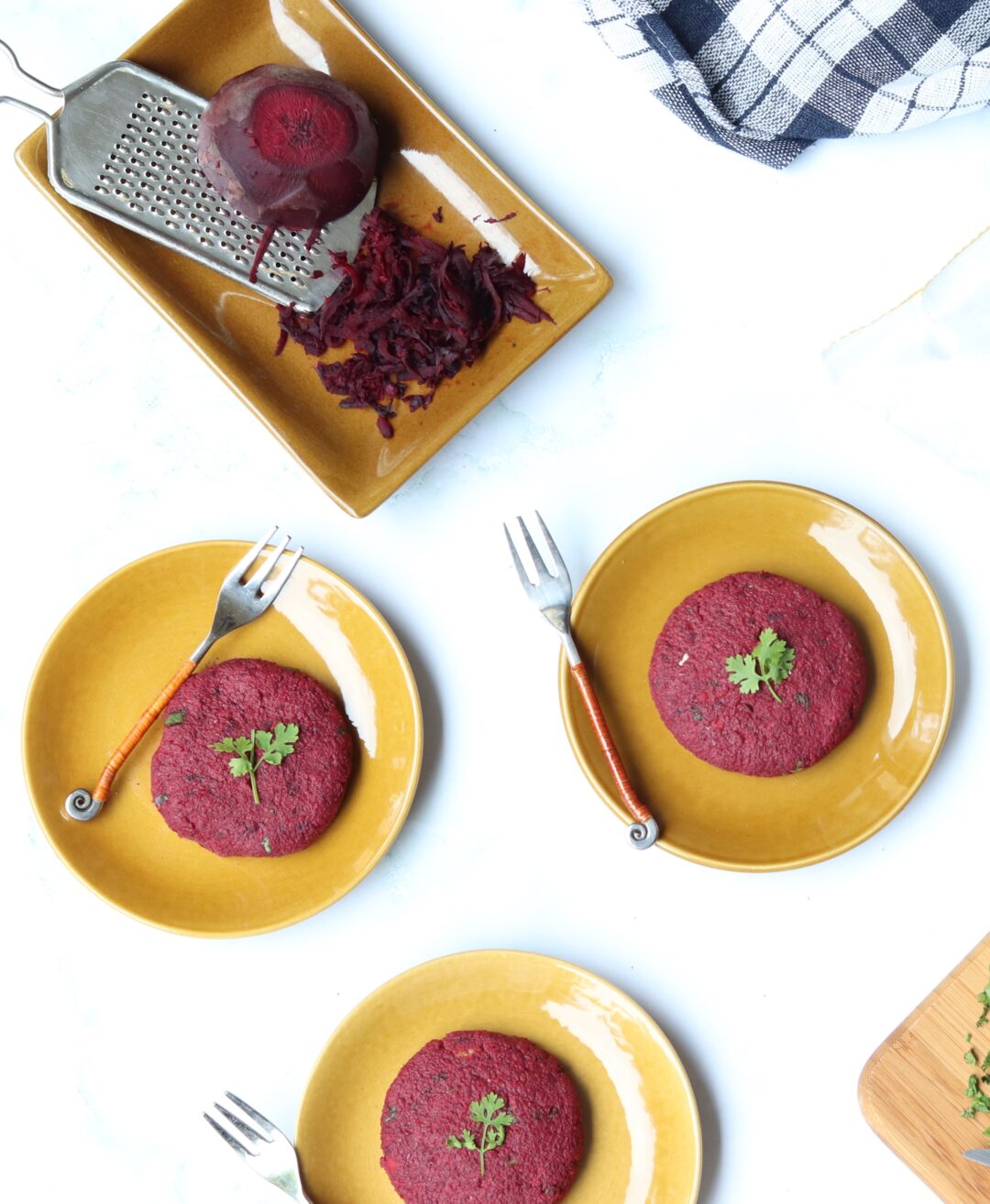 With the advent of winter, our taste buds also shift towards craving savory snacks. When I think of winter, I think of kebabs. Nothing brightens up a cold winter evening than some hot kebabs prepared with the right amount of spices. Shammi Kebabs immediately springs to my mind as one of the best snacks to devour during this season, or when entertaining. A twist to the classic Shammi Kebab is hereby adding high protein Soya & vitamin-rich beetroot. Beetroot Soya Shammi Kebab is a unique take on a classic snack that is sure to tingle your taste buds..

Every Diwali, you can smell the aroma of this traditional sweet in our house!
Badam ka halwa made with the Mamra quality is indeed as good as any halwa can get and amply distinguishes itself from those available in the stores! The deep brown colour and slightly abrasive texture is a treat to the eyes and mouth but only until the flavour hits your palate…all these different experiences in just that one spoon of this badam ka halwa will surely whirl your senses in a frenzy wanting more!
Wish you all a very happy sweet and safe Diwali ?

END_OF_DOCUMENT_TOKEN_TO_BE_REPLACED 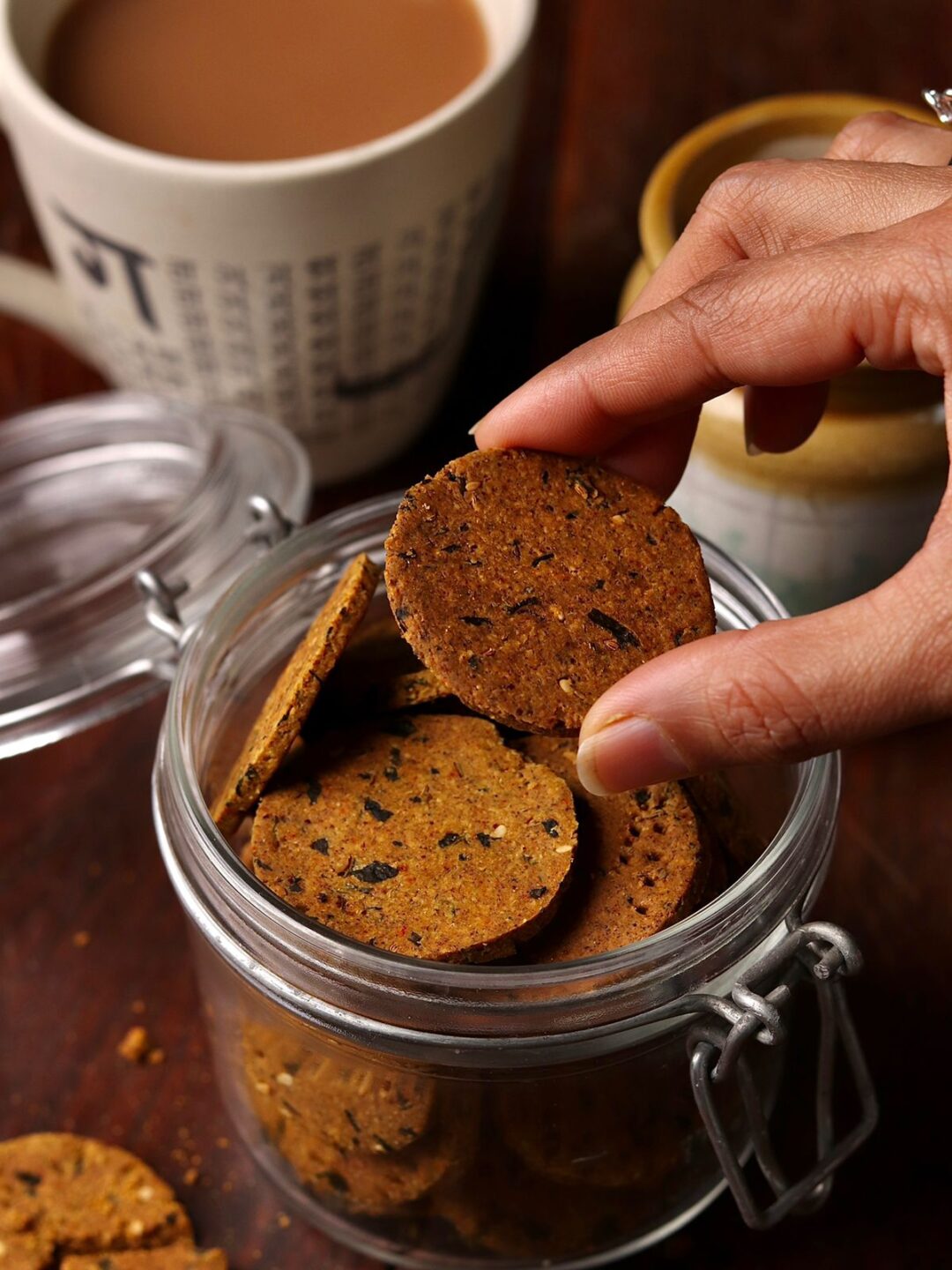 These crisp golden brown baked Mathris are my go-to tea time snack! Multi-grain and easy to carry on your travels.. It helps me satiate the craving for a crunchy snack during evening tea without reaching for the sugary cookies or pastries. They are super delicious and a must try during this season!

END_OF_DOCUMENT_TOKEN_TO_BE_REPLACED 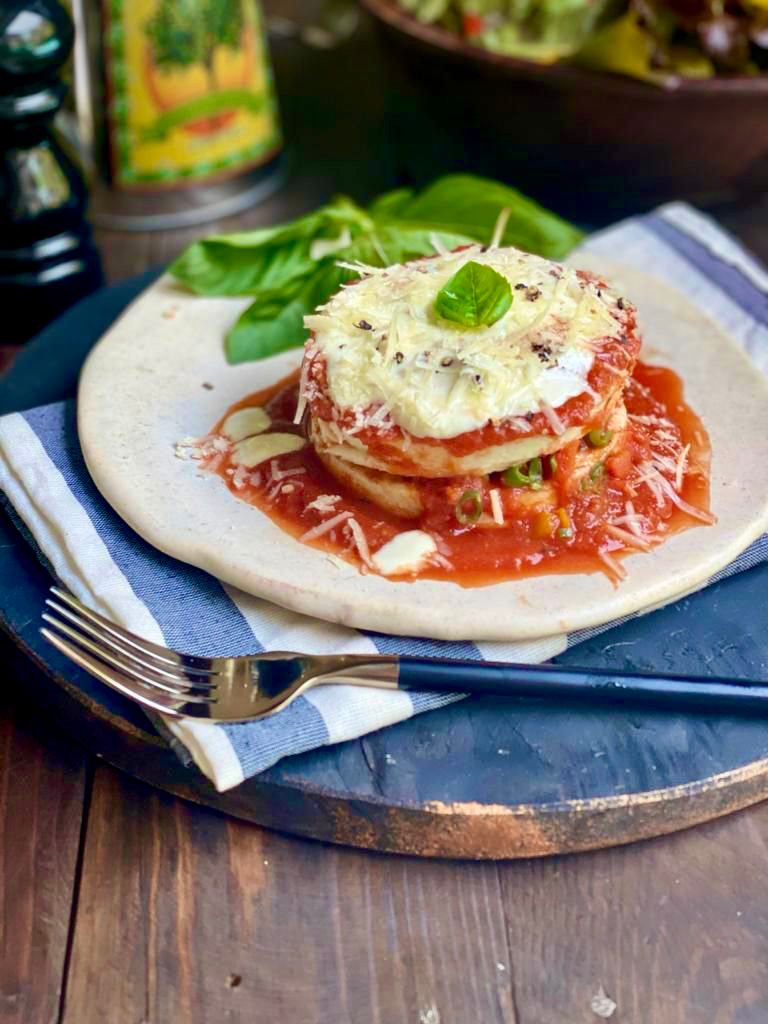 Bored of your regular meals! Well, then it’s time for that most welcome transgression to satisfy your palate. A delectable marriage between Indian and Mediterranean culinary delights, this Paneer Lasagna boasts of oodles of protein with abundant flavour in a ‘vegetarian avtaar’! Great visuals and a meal in itself…can be paired with a wine of your choice for those romantic or indulgent evenings with friends.

END_OF_DOCUMENT_TOKEN_TO_BE_REPLACED 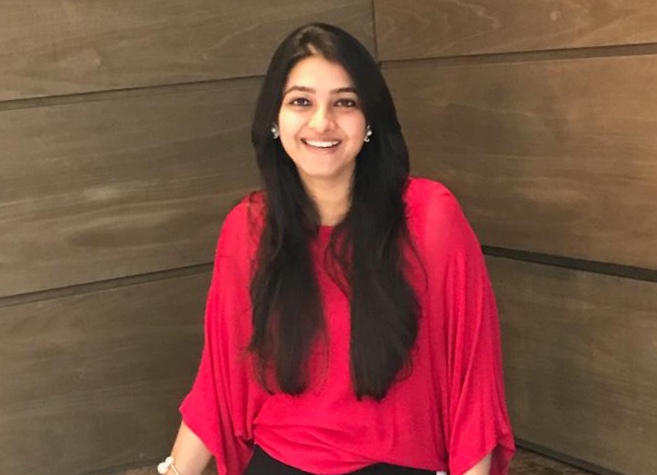 I got married and moved from Mumbai to Indore – From the melting pot of gastronomy to a smaller town that could only boast of its local fare. My transformational voyage from a food enthusiast to a chef had begun. 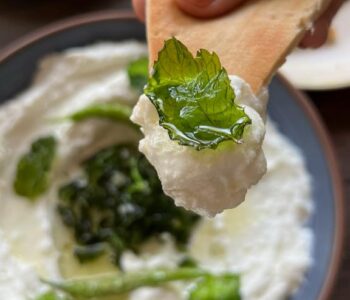 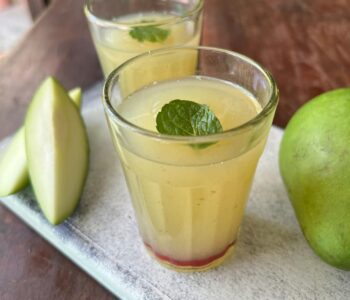 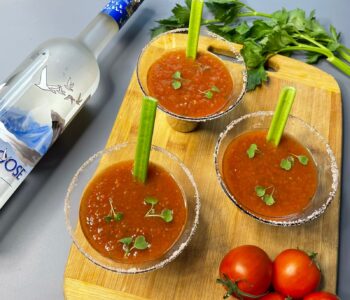 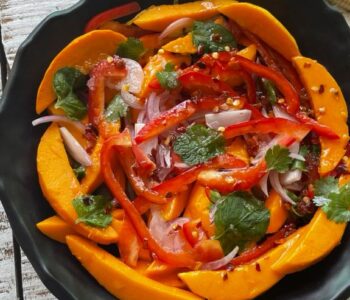 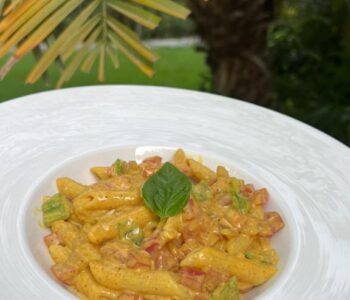